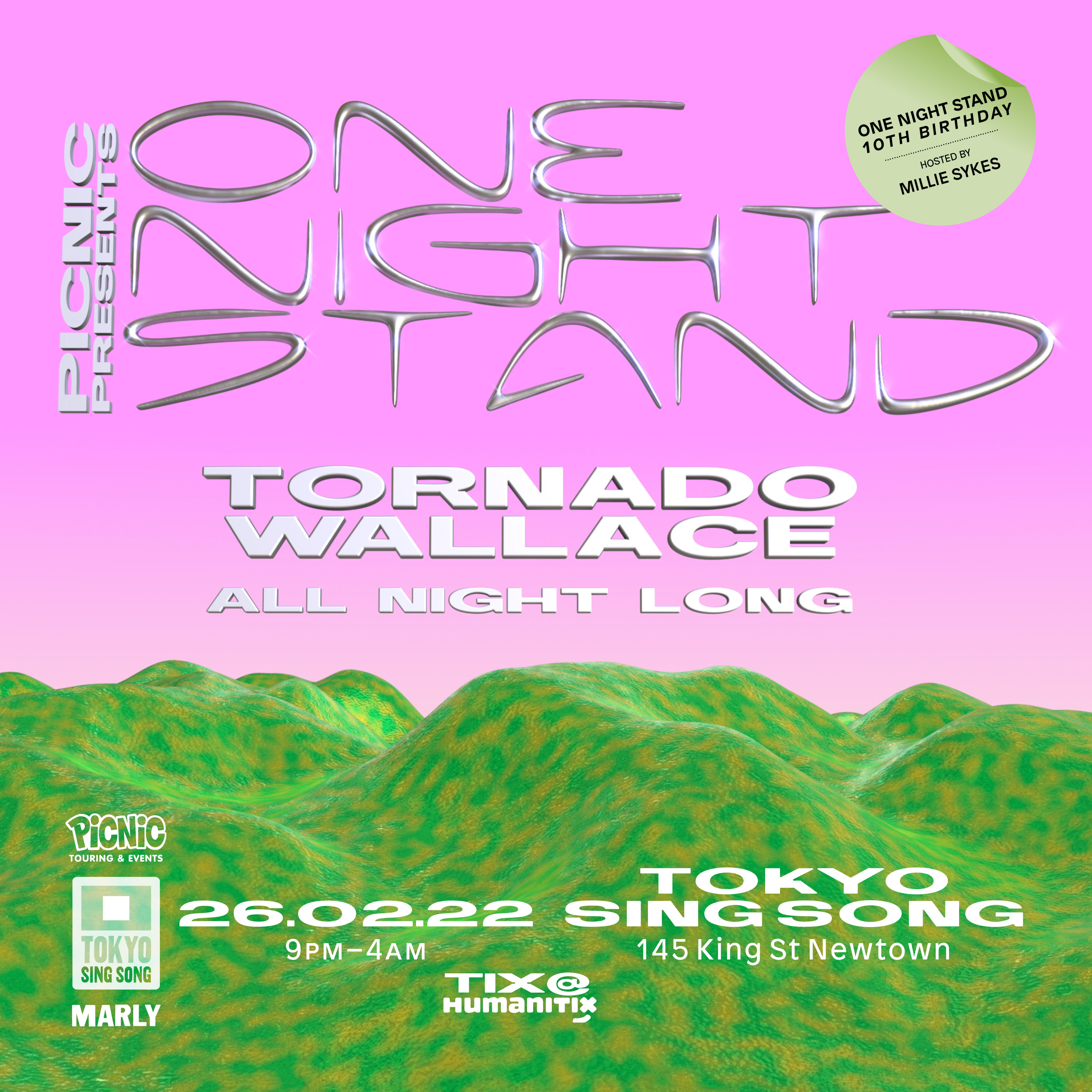 Three times a charm for the 10th Anniversary of the One Night Stand, and this particular dance is no exception but it thankfully still stars a force of nature we've shared many a memorable night with.

We are beyond excited to welcome backkkkk...

Lewie, Lewie, Lewie, where do we even begin. Our One Night Stand turned into a long-term affair after his first set back in 2011 when he kept us moving all night long at our warehouse party. We had him back no less than four times - multiple-night-stands - over the past decade, as well as making countless appearances at Picnic jams. So when we say we like Tornado Wallace, we really like Tornado Wallace.

We’ve seen him shine amongst Melbourne’s new wave of producers in the early 2010s going on to release on labels like ESP Institute, Beats in Space, Running Back, Mule Musiq and Optimo Music. Across his discography you’ll find Balearic gems, chugging electro, slick and/ percussive deep house, visceral techno, and hands in the air Italo, all with a certain TW flavor.

Now based in Berlin, he’s back in Australia for the first time since Rona's worldwide tour of dancefloor demolition and we can’t wait to hear what kind of journey he’s got planned for his sixth One Night Stand at our 10th Anniversary celebrations, he's definitely had a while to prepare for this third date now (lol).

What a way to welcome back the dancefloors in Sydney!