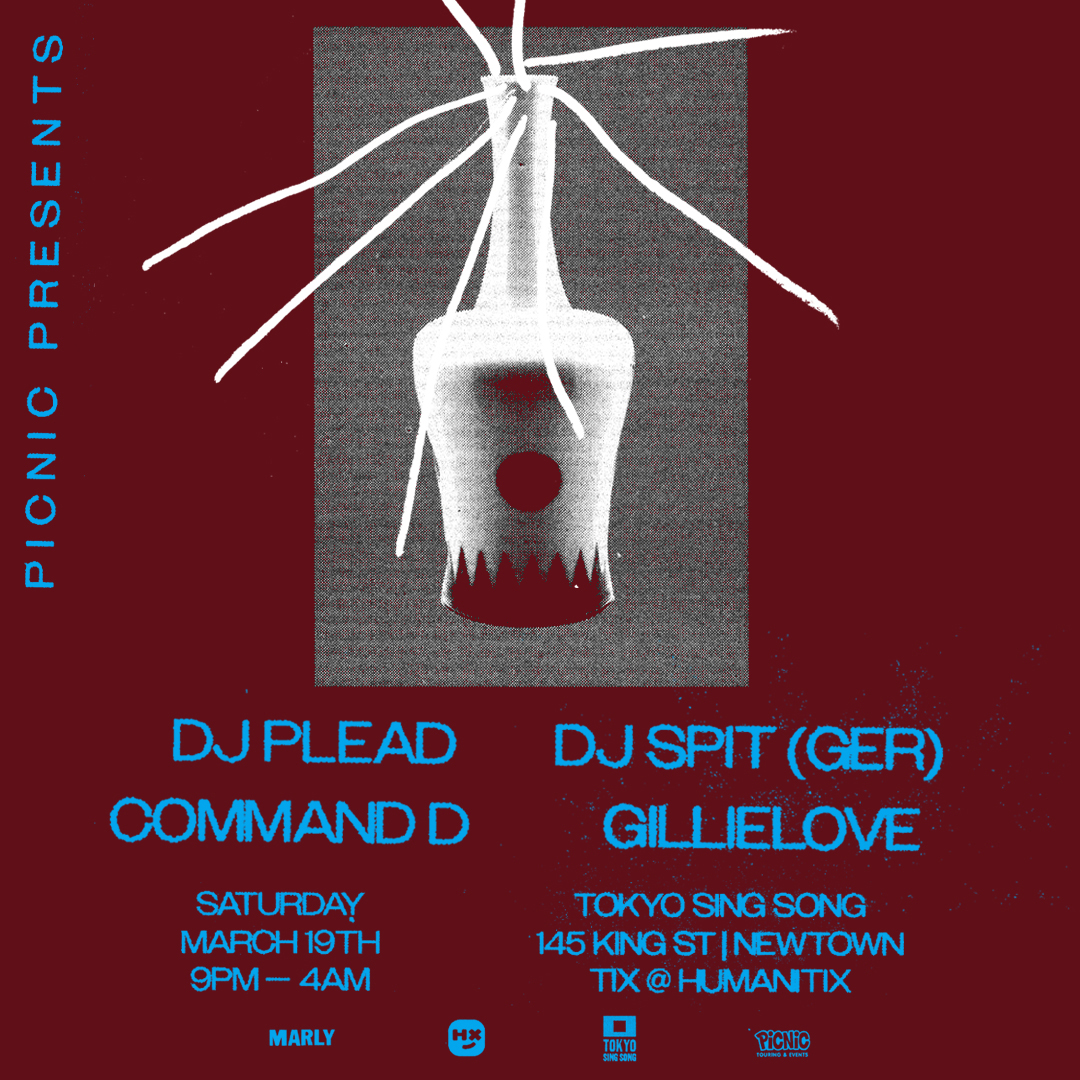 For this very special night at Tokyo Sing Song, it’s all about rhythm. With four deejays heavily invested in their off-kilter sounds that bring the energy of world grooves and underground dance music to deliver a d-floor experience that's as good for the body as it is for the head.

These four DJs are deep divers, submerged in all the corners of the globe looking for the best music. DJ Plead is a Sydney-born, Melbourne slash Berlin-based producer who draws on his Lebanese background to make his own distinct sound. His layering of Middle Eastern percussion on top of club rhythms has landed his tracks on labels like Nervous Horizon and DECISIONS. DJ Spit has been blazing the trail to the very extremes of club music since 2018. Pushing a hybrid of electro and tribal techno battering at the edges of gabba, acid, trance, and amen-infused breaks, his sets are anything but boring. His contemporary rave sounds have made it everywhere from Spandau20, Possession and Pollerwiesen podcasts, to Boiler Room to Berghain.

Warming the floor is Command D, an Eora DJ/producer drawing from a wide range of styles. His DJ sets regularly feature deep and intricate takes on electronic music with a considered and refined ear for DJing to production - check his debut ep on Body Promise for phenomenal dub techno and IDM - that suggests big things for this promising talent. Local beauty queen (IYKYK), gillielove, is stepping behind the decks to dip her toes even further into the world of deejaying with a sound and skills that prove - that although her public performances are only just growing - she’s been putting in serious hours at home. This one is right up there for us. And we hope you can join us front, center, left annnnd right.
As a mark of respect to the traditional custodians of this place we now call Sydney. We acknowledge Aboriginal and Torres Strait Islander peoples as the traditional custodians of our land – Australia. The Gadigal of the Eora Nation are the traditional custodians of this place we now call Sydney. We invite any First Nations or Torres Strait Islanders to get in touch via info@picnicstuff.com.au for guestlist.