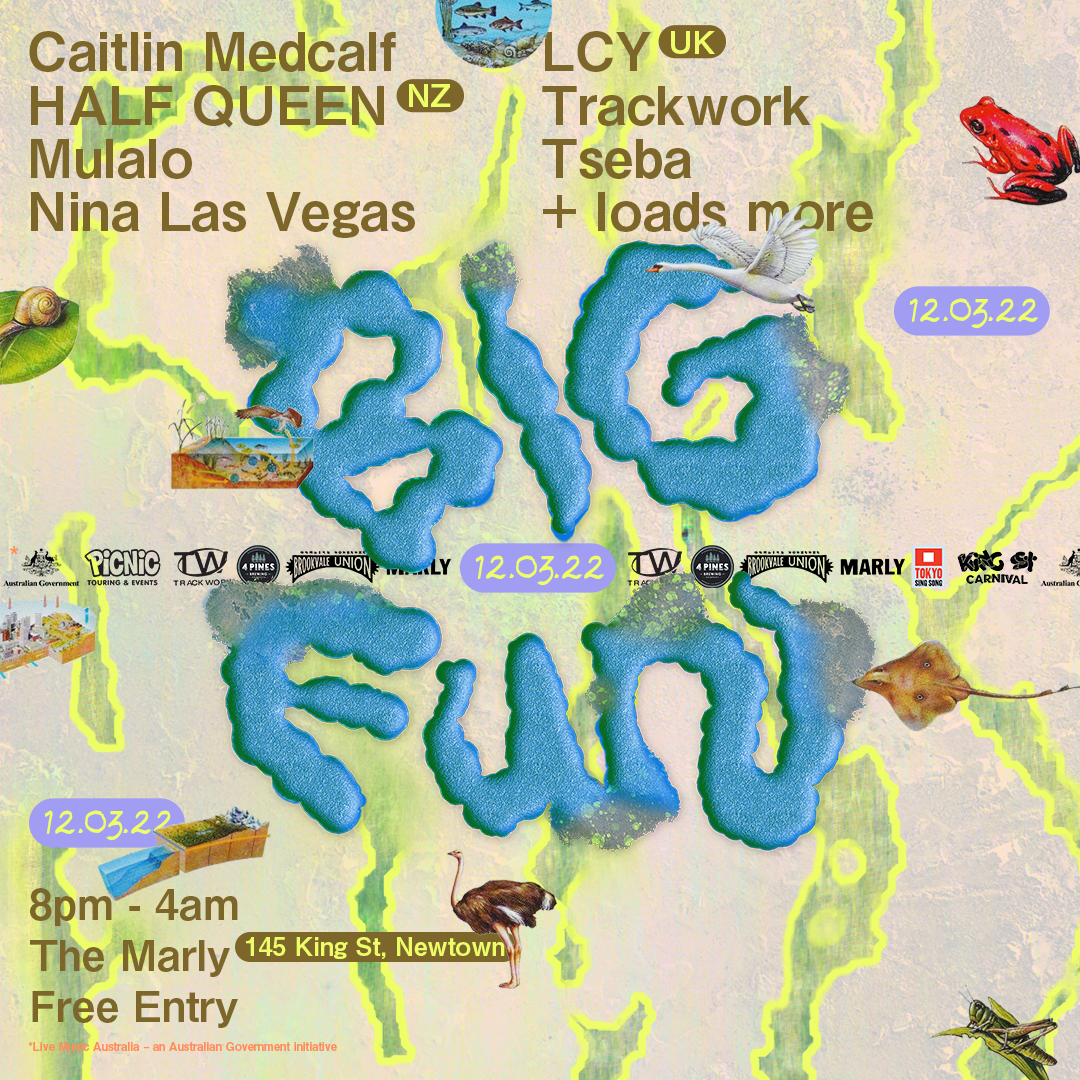 While we’ve had glimmers of hope over the last few years we’re not sure we can really say we’ve been having a whole lot of fun. So it’s with the greatest sense of relief and joy that we roll this postponed show from January back out and along with King Street Crawl and Marly present to you…

A three floor level up to access everything we've all been missing for some time.

The full line up!

On the main floor for a free party (that’s right, we said free!) we have the one and only Nina Las Vegas. From her years on triple j to her NVL Records, Nina is one of the most influential figures in the Australian music scene. She has spent years dedicating herself to promoting and celebrating the sounds of underground dance music from both Australia and abroad and she's one hell of a DJ. With a passion for sounds that hit a bit harder, Caitlin Medcalf will be bringing her high energy, turbo club music to the party in a set that spans rave, house, techno, electro and breakbeat. With the release of his new single ‘Eastern Lights’ on Future Classic, Tseba is an artist who made big waves last year. An anonymous project inspired by house heroes of the past, Tseba will be bringing his dancefloor thumpers to the party. Melbourne rapper/DJ Mulalo will be taking no prisoners with her blistering set of ballroom, Jersey, baile funk, and pop edits galore.

Up in Cuckoo we're honoured to welcome Trackwork into the fold of Big Fun! Trackwork is a Sydney-based record label established by Utility in 2019 the label exists as a platform for a unique, new wave of rap & innovative pop music. Known for her distinctive blend of hard-hitting wordplay and infectious ear-worm melodies, hip-hop artist Kobi Spice is headlining the party. She’ll be joined by Sevy, Utility and T. Morimoto, who worked together on the recent Trackwork single, ‘Fiji Water’. Plus catch Lekias x Bastafino on warm-up. Entry is free all night.

We wouldn't be taking over the whole of Marly without some nightclubbing at Tokyo Sing Song. A super limited capacity ﻿﻿﻿late-night dance featuring UK DJ, producer and SZNS7N label founder LCY with their mix of innovative club sounds spanning all corners of electronic, bass, and rave. FILTH collective founder out of New Zealand, HALFQUEEN, will be throwing down their genre-bending, ass-shaking sounds of global club music. FBi Radio’s Rydeen will be primed for the dancefloor with their mix of UK bass, UK funky, club remixes and hefty percussion. And last but certainly not least we’ve got a staple of Sydney's bass music renaissance, Bisoux, opening the night. This one has us shaking in anticipation.