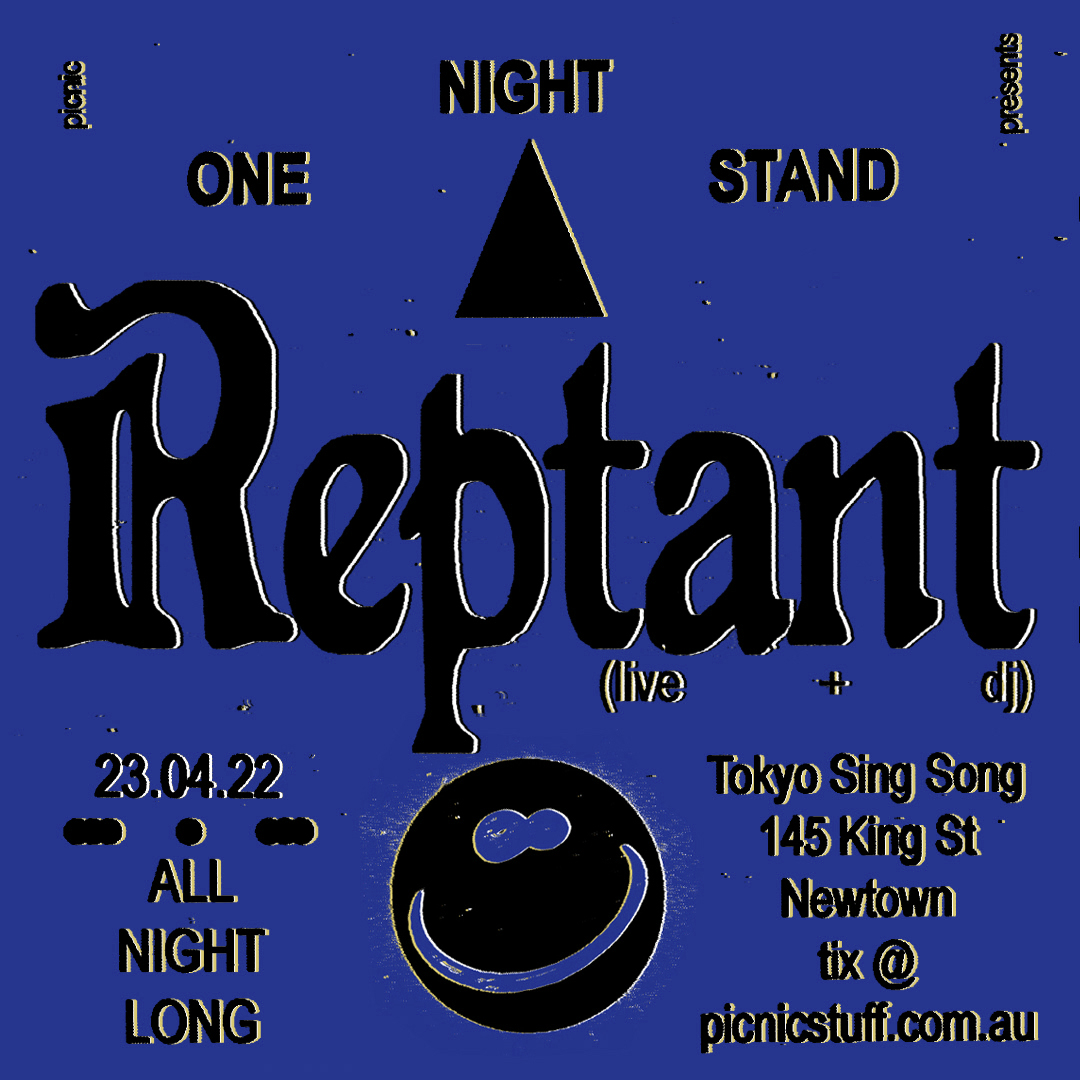 Our next One Night Stand guest is an artist you can really stick your claws into. The reptilian alter ego of Lou Karsh, this Melbourne-based artist is known for his precision club workouts whether he’s DJing or playing live or in our case, both!
Please welcome…

Known for his neck-snapping snares, psychedelic melodies, slinky electro and flashes of acid, Reptant has spent years honing his craft. First releasing music back in 2017, his machine jams have appeared on labels like Tomahawk, Salt Mines, Planet Euphorique and Craigie Knowes. While the Reptant alias is shrouded in mystery, what we do know is that the music speaks for itself, creating one of the most distinctive voices in Australian electronic music. Whether he’s playing live or DJing, his sound can only be described as high voltage, journeying through 130BPM to 145BPM soundscapes.

Lucky for us, he’ll be doing both, a hybrid live/DJ set at Tokyo Sing Song when he makes his One Night Stand debut on April 23!﻿﻿﻿