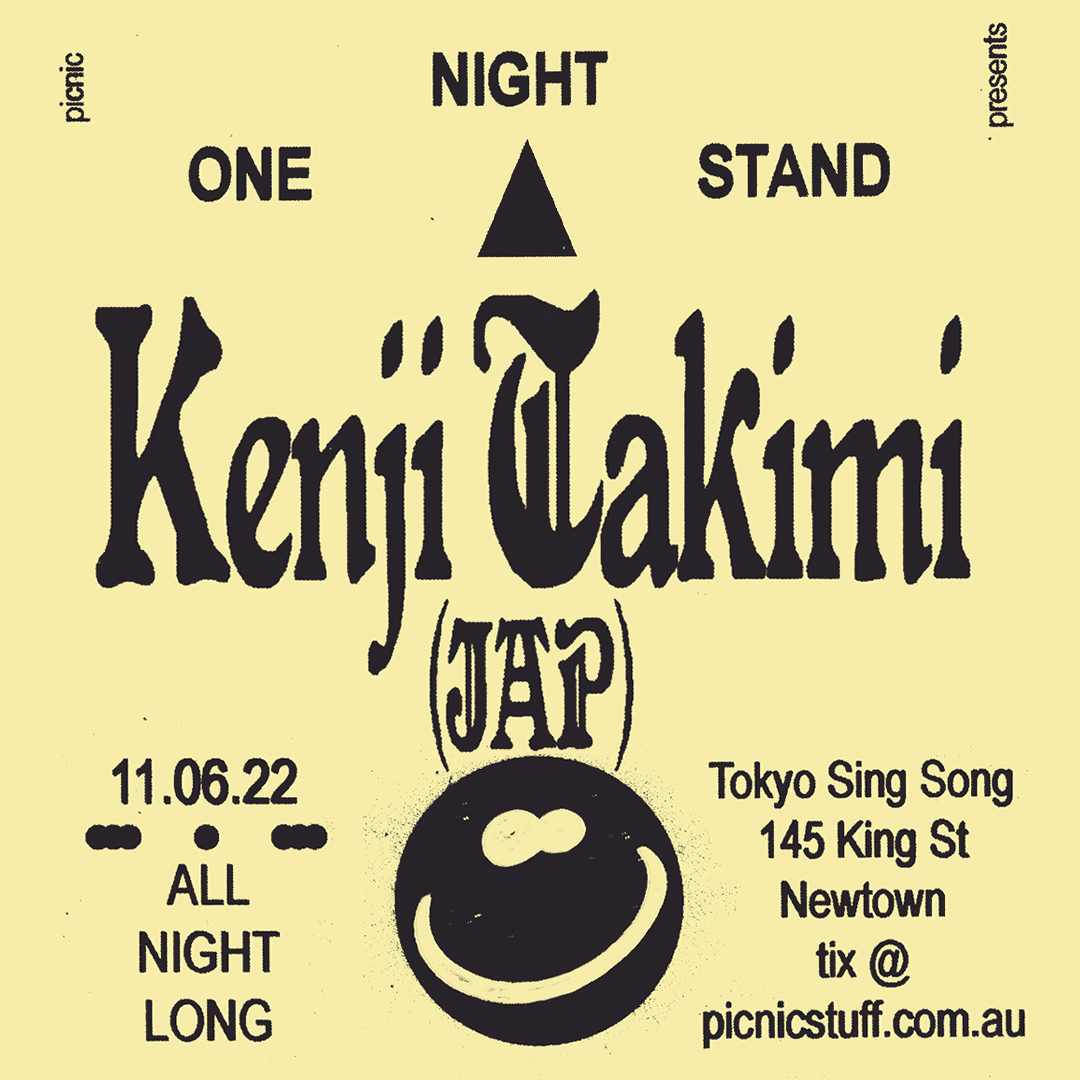 Whether it’s oddball disco from all corners of the world or timeless house classics, this artist is sure to keep you guessing, but undoubtedly will also keep you moving.

As a pioneer of Japan’s alternative disco scene, Kenji Takimi has been a core part of Japan’s thriving underground and has translated his signature sound of psychedelic disco worldwide through his hypnotising sets and adventurous collaborations. Having played sets alongside dance legends such as DJ Harvey, the late Andrew Weatherall, Theo Parrish, and Optimo, Takimi’s ability to seamlessly span across multiple genres whilst uncovering dancefloor gems has been a constant source of intrigue for dancers alike for the past two decades.

His sets at Japan’s Rainbow Disco Club sure had us moving, and now we’re thrilled to have Takimi for his One Night Stand debut in a rare opportunity to catch an international work their magic all night for us. Don’t miss it!