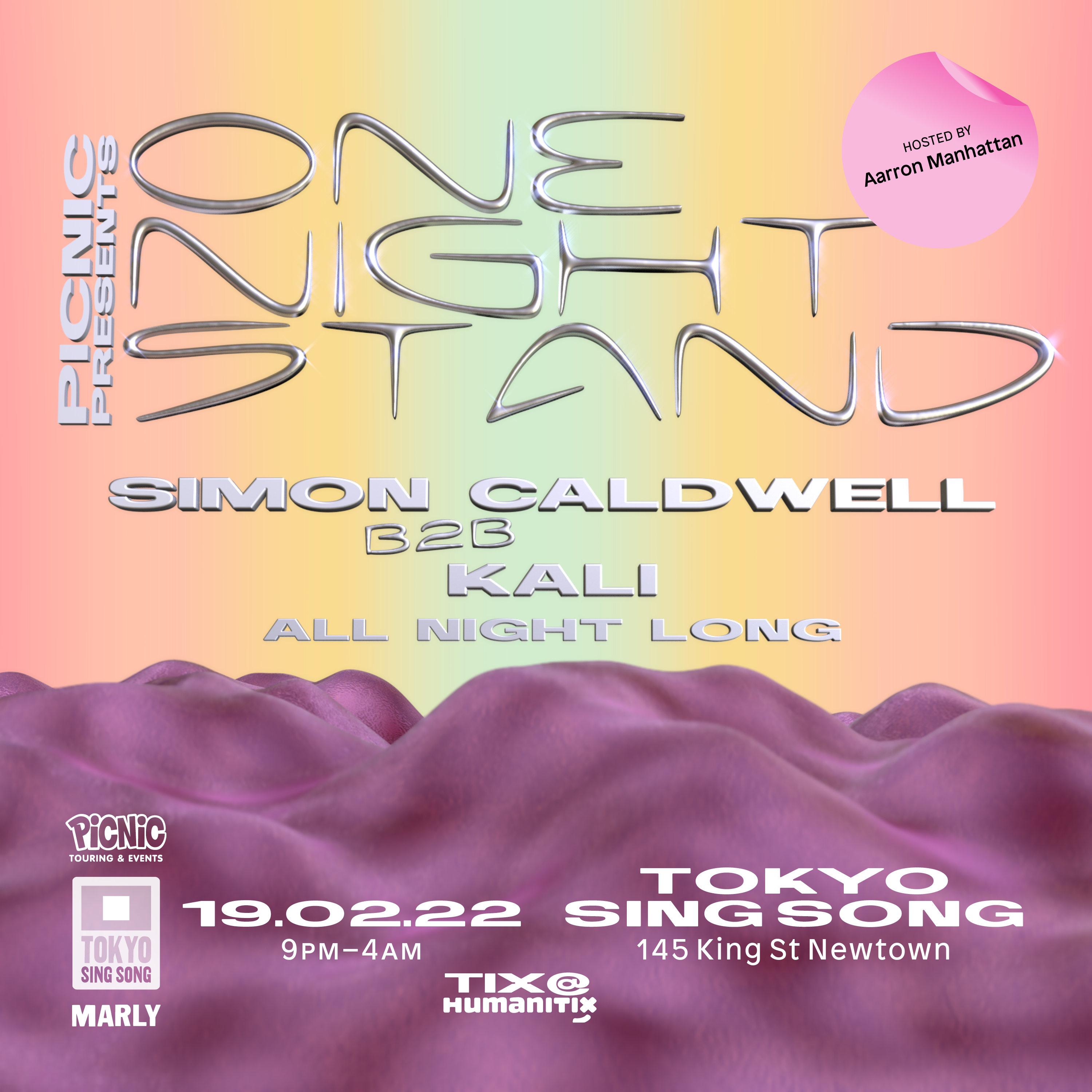 And if anyone deserves an encore, it’s these two. After their epic One Night Stand 10th Anniversary celebration back in December, we just knew there had to be a round two. And what more perfect timing than the first weekend of dancing back in Sydney. Please welcome back to the decks…

You would be hard-pressed to find two people who have done more for Sydney’s scene than these two. Between Simon’s involvement in Mad Racket and Kali founding Picnic, they have earned legendary status. From small clubs to festivals to the Opera House, you name it, they’ve played it. Simon has shared stages with everyone from Grace Jones and Moodymann to Frankie Knuckles while Kali has shared (and built) the stage for Andrew Weatherall (RIP), Peggy Gou and DJ Harvey (just to name a few!). Basically, if Sydney dance floors had a royal family, they’d be on the throne.

Catch these purveyors of only the finest dancing music doing what they do best, making people dance, at our beloved Tokyo Sing Song on January 29. Come early, stay late and dance until your legs can’t dance anymore.

After completely owning the stage on NYE with his kangaroo headpiece we had to get Aarron Manhattan back on hosting duties.